Jook Joint Band has been to the studio and recorded its new CD. This time we have outdone ourselves and put down twelve tracks. So I guess this could be considered our first “album” rather than the three “EP’s” we have put out in the past.

The album is titled “Shake that Thing”.  We were fortunate to have Alan Dawson at Witzend Studios do the recording mixing and mastering for us. We laid down the twelve songs with pretty well only one take each so Alan had his work cut out, but he did very well and brought together what some will consider to be our finest effort yet.

Peter (he with the birch) Birch has worked hard behind the scene organising the graphics, artwork and production and we all thank him for his superlative effort. It’s no easy task co-ordinating the various contributors, artists and production people let alone trying to get some semblance of order from the other four boys in the band (hopefully he’ll ease off with the birch now).

The album is now available. We are holding a copy with your name on it – so please pick it up at any of our upcoming gigs. 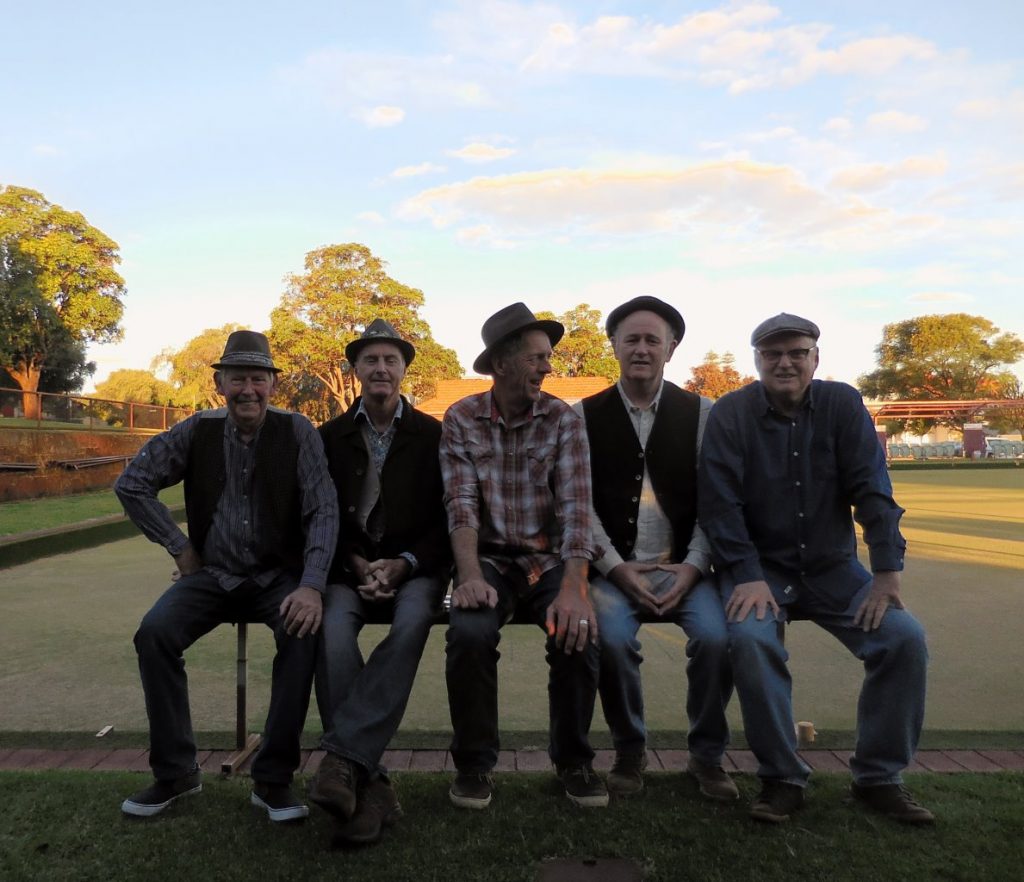 Our next gig will be at the National Hotel on the corner of High St and Market St, Fremantle at 3.30pm until 6.30pm this Sunday the 23 July.

A couple of the guys are away on holidays in August, so following  the National Hotel we will be at the Swallow Bar on Sunday the 17 September, 5-7pm , 198 Whatley Cres. Maylands.

The food is guaranteed to be a treat and the great wines and beers will compliment. Also you can catch some great live jazz & blues there on any Thursday night, Saturday afternoon or Sundays.

This funky little bar with its fishing theme boasts an old launch decked out as the bar. It all goes to creating a relaxed and intimate atmosphere and is one of the most popular small bars in Perth. They are solid supporters of the local music scene so come along and support them and the lads in the Jook Joint Band.

We then get back to the National Hotel on the 15 October, 12 November and 17 December. We love playing at the National as you always get such a varied crowd. Most of the punters come in off the street to sit in and listen to a bit of music and it is always gratifying to see the reactions from the young, the old, the family groups, the tourists, the jive dancers, the locals and the back packers – many who would not have experienced our sort of music but it certainly seems to strike a chord.

So we look forward to seeing you at a JJB gig and providing you with multiple copies of our new CD so you can distribute it to family, friends and total strangers. See you then.