LATEST NEWS
With the New Year off to a fast start the guys from the Jook Joint Band are looking forward to a busy year ahead in 2016.

JJB finished off 2015 with a gig at the South Beach Hotel in celebration of their 10th anniversary of being out there and playing their jug band blues style of roots music to audiences throughout WA.

Not a bad effort for a group of guys who came together for a couple of jams in the ‘woodshed’. One of the primary reasons for sticking together for that long, beside the fact that we love playing, is the support we have received from all our friends, family and fans. We thank you all for that. 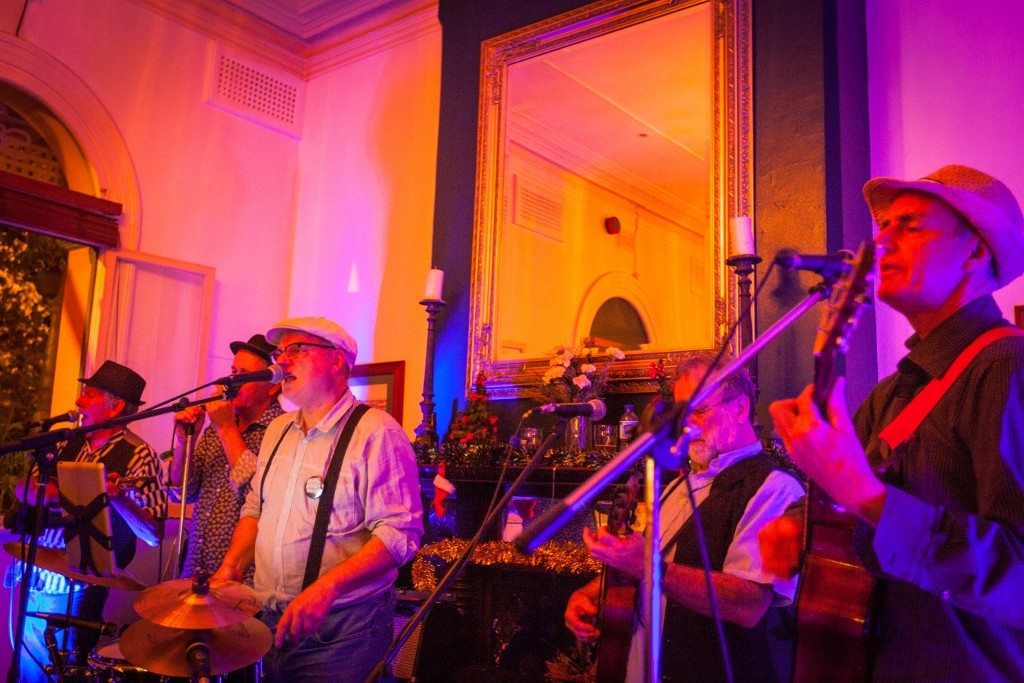 In January we played at the National Hotel in Fremantle. It was a warm Sunday afternoon, the locals and tourists were all chasing a cold beer and some toe tapping music – and they got both. This turned out to be a great gig with a very enthusiastic and responsive crowd. Thanks to all those that came along.

Our next gig we will be back playing at the National Hotel, corner of High & Market Streets Freo on Sunday 28th  February from 3.30 – 6.30pm. We are looking forward to that gig as that place can certainly jive.

Following up on that gig will be at the Swallow Bar on Railway Parade in Maylands on Sunday 6th March 5:00 – 7.00pm. We always enjoy playing at the Swallow, drinking Zoe & Meredith’s great range of beers and wines and sampling their sublime cuisine.

If you are at a loose end on Thursday night 11th Feb get down to see Josh Johnstone supported by some of Perth’s best muso’s perform at the Norfolk Hotel. They will be performing one of Tom Petty’s all-time best albums “Full Moon Fever” from start to finish as part of the Newport Hotel’s Record Club Series.