Howdy all. Good to see you are still with us.

The boys in the band are only here by the skin of their teeth after surviving the droves of onlookers, fans, passers-by, hecklers, assorted small children and animals that came together to form the mayhem that is called the WA Honk Festival in Fremantle. We knew it was never going to be a picnic at the gathering of street artists and buskers but we didn’t realise it was going to be such fun. Those of you who attended the Festival in early April will appreciate the wealth of talent that was on display for the festival. We certainly enjoyed ourselves and picked up a few dollars from donations to THE hat. We used Sean’s hat and it was noticed that quite a few people initially stepped towards it but then backed off pretty quickly once they saw the condition it was in.  That hat was probably responsible for us taking 50% less than we otherwise would have. 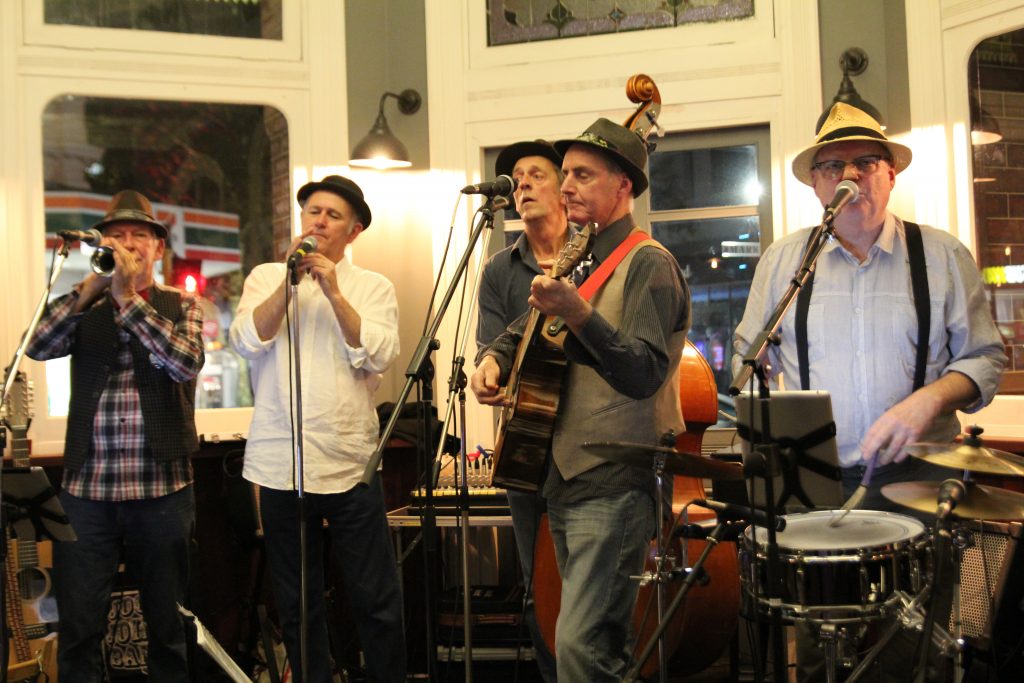 JJB at The National Hotel

We were then back in Freo to play at the National Hotel for a Sunday session and for a well-received gig the Fremantle Heritage Festival last month. Thanks to Cheryl and all the dancing crew that come along and strut their stuff at the National. It is certainly a positive injection for the band when we get the dancers up and into it.

Prior to those gigs we played a Friday night at Rodney’s Bait ‘n Tackle in Mosman Park. That is a rockin little venue and definitely one of the quirkier decorated bars in Perth. We all enjoy playing there not only for the good beer and the vibrant atmosphere but we also get a sound engineer to set up the PA system and adjust the sound levels etc. And those of you who get out and about to live music shows will appreciate the difference a good sound makes to a venue.

We also had a gig at the Swallow Bar in Maylands and once again enjoyed the enthusiastic crowd, a very nice meal and a fine bottle of red. We look forward to playing there again in September.

Peter and Bill recently crossed paths whilst separately trekking in on and around the Murray River region in SA and Vic. Peter returned to Perth briefly before taking a trip to Bali to recover from the experience. And now Bill is off visiting the wilds of Europe, both east and west, whilst Larry has embarked on a road trip to central Australia (watch out for the dingoes). You can be sure they’ll both return with some tall stories to tell. Sean leaves on a trip to explore the ruins of post soccer World Cup Russia in September. Thank god we have Nick holding the fort. 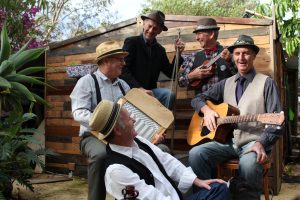 In between the playing, practising and traveling around the place we were fortunate to have Nicola & Juanet  who came down from Broome and took some great photos of the band, some of which you can now check out on the website.

Thanks Nicola & Juanet, your talents and effort are much appreciated.

We have got a number of gigs coming up so make sure you clear your diaries, polish your dancing shoes and get ready to cakewalk!